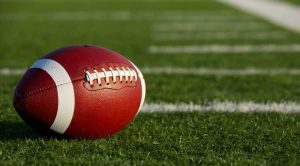 The Packers’ 2017 season was flipped upside down with Aaron Rodgers breaking his collarbone during a week six defeat to the Vikings. The team finished the year with a 7-9 record, missing the playoffs for the first time since 2008. With no plans to experience another season like 2017’s, the Green Bay Packers tapped the reset button and made a number of moves this offseason. But before the team kicks off its 100th season, there are four preseason games for younger and unproven players to either earn a hard-fought roster spot, or play their way to the free agency scrap heap.
The Green Bay Packers will play all four preseason games against AFC teams, with an opener at Lambeau Field and a week three reunion with a well-known wide receiver.

Here’s a look at the Packers’ upcoming preseason schedule:
Week 1: Thursday, August 9 – Tennessee Titans at Green Bay, 7 p.m.
The Packers’ first exhibition game will take place at home for the second season straight. This will be the team’s first time competing against the Tennessee Titans during the preseason at Lambeau in 10 years. The teams last met in the preseason in Tennessee four years ago, with the Titans winning 20-16 on a late fourth-quarter touchdown. This will also be Mike Vrabel’s first game of his head coaching career, and after a 2017 season that led to an unexpected appearance in the playoffs, the Titans look to be a team on the rise and a possible Super Bowl LIII contender.

Week 2: Thursday, August 16 – Pittsburgh Steelers at Green Bay, 7 p.m.
For the first time in 22 years, the Packers will host the Steelers at home in the preseason. The Steelers are coming off a disappointing playoffs showing but can still be considered one of the top teams in the AFC with the talent of Antonio Brown and Ben Roethlisberger. The game will also feature the return of former Packers safety Morgan Burnett, who signed with the Steelers as a free agent.

Week 3: Friday, August 24 – Green Bay at Oakland Raiders, 9:30 p.m.
Week three will bring a reunion with receiver Jordy Nelson and former Packers staff when the team travels to California to play the Oakland Raiders. Nelson was cut by the team in March after a disappointing 2017 season in which he recorded a career-low 9.1 yards per reception.  The Raiders are led by head coach Jon Gruden, a Packers assistant coach in the ‘90s, general manager Reggie McKenzie, a former Packers executive, and receivers coach Edgar Bennett, the Packers’ previous offensive coordinator.  The team also picked up Packers’ former tight end Jared Cook.
Traditionally, the third preseason game is when the starters see the most playing time and when teams most closely resemble the product they will field in the regular season—so fans should get a good look at Nelson playing with his new team. The Raiders are a frequent Packers preseason opponent, but this will be the Packers’ first preseason game in Oakland since 2001.

Week 4: Thursday, August 30 – Green Bay at Kansas City Chiefs, 7:30 p.m.
Green Bay will close out the four-game preseason slate at Kansas City. The matchup has become routine, with the Packers ending their preseason against the Chiefs six times over the last eight years. Last season, the Chiefs won the AFC West, and with Andy Reid returning as head coach and new QB Patrick Mahomes at the helm, the team’s hoping for a Super Bowl run this year. Expect the majority of starters to sit this game out as this is the last opportunity to closely examine the rest of the roster before the team is cut down to 53 players.

None of the Packers’ preseason games will be nationally televised, and the Packers will not have a rematch with any of their exhibition opponents during the regular season. If you’re interested in taking in the preseason action at Lambeau, contact Event USA for tickets!


Looking for the best way to pregame in Green Bay during the upcoming season?

Don’t miss out on Event USA’s world-famous tailgate party with a NEW and IMPROVED menu!
Starting in the regular season on Sunday, Sept. 9, Event USA is partnering with The Bar on Holmgren Way for its tailgate party!

With two different tailgate party packages to choose from, Event USA has your pre-game needs handled! Whether you go VIP or keep it traditional, Event USA’s Fan Tailgate Party includes an “all-you-can-eat” buffet of traditional Wisconsin “tailgate party” fare!
Starting three hours before kickoff, fans can chow down to their heart’s (and belly’s) content before heading into the hallowed grounds of Lambeau. The party is held just blocks away from the field.

VIP Tailgate Party – $45/person
Our VIP Party will have the same features as the Traditional but will also offer the following:

Event USA pulls out all the stops for an unforgettable tailgating experience. Click here to learn more!