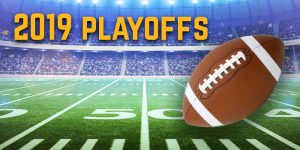 With the Green Bay Packers victory in the final game of the regular season, the team holds the “number two seed” in the NFC playoffs! This means that they get a by and do not need to play in the Wildcard round and will host a Divisional round game in Green Bay on Sunday, January 12th against the Seattle Seahawks at 5:40pm CST. And this also means that, should they win in that round, and the 49ers lose in that round, the Packers will host the NFC Championship game in Green Bay 0n Sunday, January 19th against the Minnesota Vikings at 5:40pm CST! We have ticket and complete game packages available for both games. And, regarding the Championship game, you can book your Championship game tickets and packages knowing that no payment will be required or taken unless the game is clinched. So feel free to book NOW while the choices are best, without any risk!